A congress is always as good as its presentations are. In this regard the EFORT congress can always rely on the contributions of experts all over Europe and even worldwide.

The EFORT Congress Scientific Awards are selected among the many high-quality abstracts submitted to the congress. Traditionally, EFORT awards every year the Free Paper and Jacques Duparc (poster) Awards, as well as the Michael Freeman Award since 2018.

The 40 best-rated free papers, 20 each in orthopaedics and trauma, were given the option of competing for the EFORT Free Paper Award. Among all submitted presentations, the EFORT Award Committee has chosen the winners in each of the two categories. Winners also receive a financial reward (gold: EUR 750; silver: EUR 500; bronze: EUR 250).

The Virtual EFORT Congress 2021 winners are as follows:

The 10 best-rated poster abstracts submitted to the Virtual EFORT Congress receive the Jacques Duparc Award, which includes a grant of EUR 250 and a certificate to acknowledge the work for each of the awarded abstract.

The Virtual EFORT Congress 2021 winners are as follows:

The Michael Freeman Award was created in memory of Professor Michael Freeman, one of the founding fathers of EFORT and EFORT President 1994 to 1995, to honour his lifetime contribution to both the European and the International Orthopaedic Community after he passed away in September 2017.

With this specific award, EFORT recognizes an outstanding scientific contribution within the field of knee biomechanics, kindly supported by Medacta International SA. The award comes with a financial reward of EUR 3,000.

Each year during its annual congress, EFORT distinguishes those, whether lay or professional, who have made an outstanding contribution to EFORT and/or the Orthopaedic community.

This year EFORT would like to honour three very renowned orthopaedic surgeons, all of them having done tremendous efforts towards further developing O & T techniques and ultimately improving patient safety: 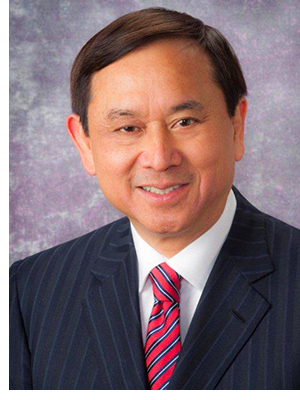 David Silver Professor and Chairman of the Department of Orthopaedic Surgery, University of Pittsburgh School of Medicine.

He earned his medical degree in 1977 from the University of Pittsburgh and completed his general surgery internship at Brown University. He returned to the University of Pittsburgh for an orthopaedic research fellowship and to complete his orthopaedic residency training. During that time, Professor Fu was an AO International Fellow at the Hannover Trauma Center in Germany and an arthroscopic surgery fellow in East Lansing, Michigan. The piece of work summarizing the results of Professor Fu’s three decades of research in the ACL field* shaped the evolution of ACL reconstruction by shifting it from the traditional, transtibial arthroscopic technique to a more anatomic and individualized concept which replicates the knee's normal anatomy and restores its kinematics for a better long-term knee health and quality of life. This paper was awarded the Kappa Delta Elizabeth Winston Lanier Award in 2014. Currently, Professor Fu’s research team runs more than 100 studies assessing different aspects of the knee anatomic approach by analyzing the knee as an organ.

Curiously, he also has several ongoing collaborations with vertebrate paleontologists and curators of the Carnegie Museum of Natural History and veterinarians at the Pittsburgh Zoo, allowing him to contribute to studies of the bony and soft-tissue anatomy of the knee in the context of evolution and biodiversity.

Moreover, Freddie H. Fu has worked closely with Doctor Lovejoyan, the anthropologist who reconstructed the skeleton of “Lucy”, the famed 3-millionyear-old hominid that walked upright to confirm that there are two ACL bundles in the knee, and unequivocally establishing this characteristic as an ancestral condition among a wide variety of primates and other mammals. 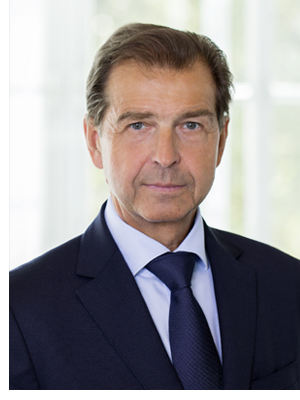 Besides decades of academic leadership, Professor Windhager headed the Orthopaedic Oncology Service over almost 30 years with innovative contributions in growing prostheses and pelvic resection and reconstruction.  His knowledge in Orthopaedic Oncology and Adult Reconstruction, especially for Hip and Knee Arthroplasty and his deep experience in the use of endoprosthetics are recognized worldwide.

He has more than 430 scientific publications in peer-reviewed journals and acts as reviewer to 23 international journals. During his presidency for the Austrian Society of Orthopedics and Orthopedic Surgery Professor Windhager while being Chairman at the Department of Orthopedic Surgery, Medical University of Graz, led the project “Verspätete Solidarität” that ensures free endoprosthetic care for ex-slave labourers of the Second World War showing his social commitment. 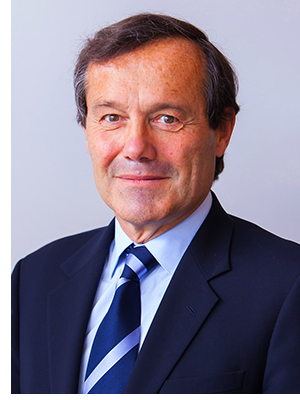 Native of Lyon, France and a pure product of the Lyonnaise Orthopedic school, Dr. Gilles Walch focused on shoulder disorders very early in his career. After numerous publications on patello-femoral instability and natural history of cruciate ligament rupture, he travelled to the United States  to visit  Dr. Franck Jobe and Dr. Ch. Rockwood.

Since his return to France Dr. Walch has focused completely on the shoulder, improving the understanding and treatment of various shoulder disorders. In 1993 he organised the first ‘Journées de l’épaule’ in Lyon. Over 1000 European specialists including orthopaedic surgeons, rheumatologists, radiologists and rehabilitation specialists consolidated ten years of collaboration with the purpose of identifying and quantifying the different shoulder pathologies. The results of the collaboration have allowed careful analysis of poor results, complications and failures to improve treatment.

From 1987 to 1995 Dr. Walch was the Secretary General of the European Society for Surgery of the Shoulder and Elbow before holding the office of President from 2005 to 2007. He is corresponding member of the ASES since 1994 and was elected President of the French Society of Orthopedic Surgery and Traumatology (SOFCOT) 2014-2015.

He was distinguished as Honorary Member of several European Orthopedic Society including Switzerland, Portugal, Italy, France and Greece. He is also member of eight scientific societies and was invited as Visiting Professor in many University Hospitals all around the world. He published more than 300 articles in national and international journals and has lectured at some 500 conferences across the world. He wrote numerous book chapters and edited 4 books on Shoulder Arthroplasty.

Gilles Walch is one of the designers of the Aequalis Shoulder prostheses family. He has been a pioneer in the understanding of shoulder conditions and has developed several concept including internal impingement, arthroscopic tenotomy of the biceps in massive RCT, hidden lesion of the Subscapularis, the Latarjet procedure, the classification of arthritic glenoid, the role of the Teres Minor in MRCT and the musculo-tendinous rupture of the Infraspinatus.

For the last 25 years, he has concentrated exclusively on surgery and arthroscopy of the shoulder with shoulder instability, rupture of the rotator cuff and shoulder arthroplasty forming the basis of his day to day work.